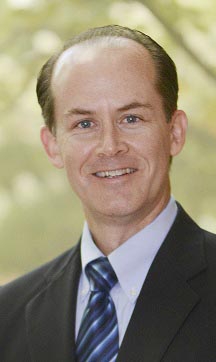 Check the background of this investment professional on FINRA’s BrokerCheck.

< Back to full listing

Jon is a wealth coach for families of a small group of successful physicians, business owners, and healthcare professionals. Jon’s team has refined the GRO System that puts the pieces of your financial puzzle together, and provides you with a blueprint to follow. Most clients also use the team to implement, manage, and monitor their investments, but this is at your discretion.

He is a native of Detroit and has a Metallurgical Engineering degree from Michigan Tech University, and was President of the MTU Intervarsity Christian Fellowship. After six years in engineering Jon’s dad asked him to join his retirement and investment planning business. Doug Arntz had began his financial career in 1955, and shifted his focus to physicians and healthcare professionals in 1968. So, in 1991 Jon embarked on his own journey into finance with Doug as his tutor. Jon is still recovering from his stint as an engineer, but has made significant progress … or so some say.

He is an Investment Advisory Representative of Cedar Brook Group, and a registered representative with Caderet Grant. When warranted by a clients situation, Jon is licensed for life, disability, and long term care insurance to shop the market on their behalf.

On the personal side, Jon and his wife, Cindy, met at a hockey game between MTU and Michigan State while she was visiting from MSU for Tech’s Winter Carnival … Tech won. They’ve home-schooled their 9 children, and now have several grandchildren, and a beloved golden-doodle, Snoopy. Their family enjoys working together in various real estate projects, both commercial and residential, but Jon’s role has primarily been in providing moral support and pizza for lunch.

Check the background of this investment professional on FINRA’s BrokerCheck.
To view our Client Relationship Summary – click here